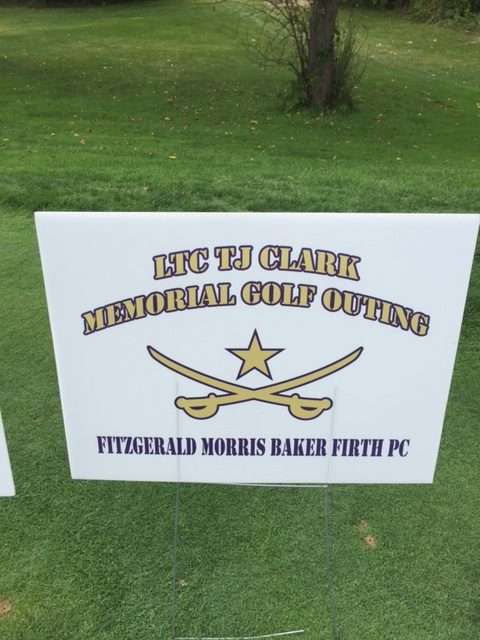 FitzGerald Morris Baker Firth (FMBF) is proud to have once again been a sponsor of the LTC Todd J. Clark Memorial Golf Outing held on Saturday, September 10th at Van Patten Golf Course. Hosting more than 100 golfers, the tournament is held in memory of Lt. Col. Todd J. Clark, who was killed by small arms fire in 2013 while serving in the U.S. Army in Afghanistan. Lt. Col. Clark was on his second tour of duty in the region; in 2010, during his first tour, he was injured by an improvised explosive device and was awarded the Purple Heart after recovering at Walter Reed National Military Medical Center.

This year’s outing raised more than $10,000, all of which is distributed to local veteran’s organizations and charities. Of special note will be a donation to help build a Gold Star Family monument in the Albany area.

John D. Aspland, Jr., managing partner of the firm, stated that “FMBF has the highest regard for the members of our U.S. armed forces, both past and present. We’re honored to be able to contribute to this outstanding cause and help to ensure that Lt. Col. Clark’s legacy of helping veterans continues.”